What is GPL? – GPL Fully Explained 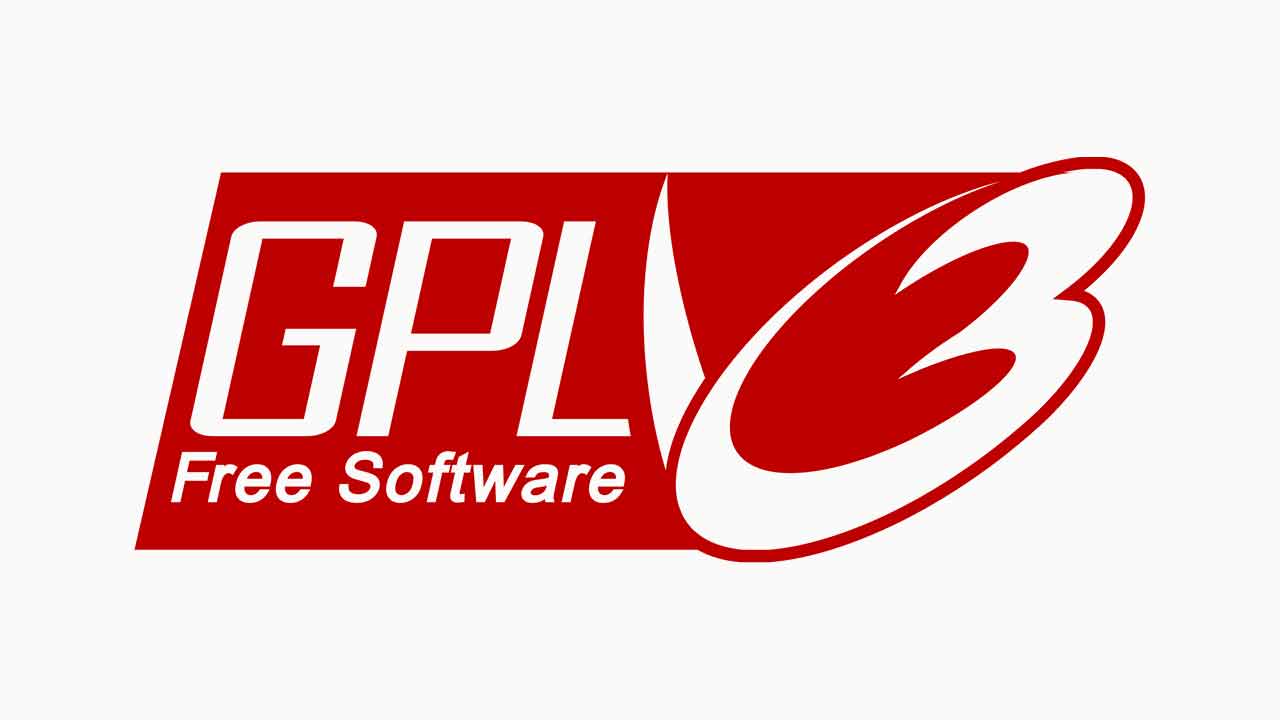 If you’ve been using WordPress for any length of time, you probably know that it is released under the GPL license. However, a lot of you have been asking me what kind of license GPL is and what it involves.In this post, I’ve decided to answer those questions and I brought on Danny Haidar from the Software Freedom Law Foundation based in New York to help us better understand the GPL license. I’ve also included the video interview with Danny at the end of the post.Before we dive into the post, keep in mind that the advice shared in this interview does not constitute legal advice. If you have legal questions or need advice about your specific situation, please seek legal counsel.

When it comes to differences between a GPL and a non-GPL piece of software, we need to look at the difference between copyleft and copyright licenses. As mentioned earlier, copyright licenses are traditionally used to restrict the rights of users and restrict the rights of developers. Companies that release proprietary software licensed under copyright licenses do this because the company has determined that it is in their interest to create some kind of restrictive terms.But, in the 1990s, things started to change as some software developers said that they care more about the rights of users. They created a new approach to software licensing and called it the copyleft approach.This approach tries to protect and prioritize the rights of users which means that you as the developer have access to a whole new ecosystem of developers that can go through your code and improve it as well as help you maintain it and develop it.It’s worth mentioning that the GPL is actually just one license of this copyleft variety. There are other licenses like the Apache License, the BSD license, the LGPL license, and others.

Can I Resell WordPress Themes Licensed Under GPL to Clients for a Profit?

A common misconception about the GPL license is that you cannot sell software but rather, have to release it for free. According to the GPL license, the right to sell copies of software is protected by the right to share software. This means that the GPL does not prohibit you selling the software and making money off of it.What’s more, the GPL as a license doesn’t impose requirements or restrictions on how much you can charge for distributing a copy of the software.Bear in mind that that any program that's licensed under the GPL can be sold at any price but you cannot require that anyone who receives software that you've created to pay you a fee or notify you any time they share it with someone.

Do GPL Companies Have to Provide Support and Updates?

Another question that I get asked a lot is; are plugin and theme developers who provide GPL-licensed products required to provide support and updates. It’s not uncommon for some WordPress developers not to provide support or updates for their themes and plugins. According to Danny and the GPL license, they have that right.However, some WordPress developers have taken this right and turned it into a successful business model where you can download a theme or a plugin for free but you have to pay for the support.

Can I Protect My Work Under the GPL?

A lot of developers, who aren’t familiar with the GPL, are afraid that if they create something and license it under the GPL, somebody will copy their work and take all the credit for it.It turns out that the GPL license protects the authors by helping them avoid what's called a proprietary competitor.In a nutshell, if your software is licensed under the GPL, the person who takes your work and uses it as a raw material cannot make that software proprietary. They have to release it under the GPL license as well.

Can I Copyright or Trademark GPL products?

Before answering this question, it’s important to clarify a few concepts because a lot of people get confused when they hear the terms copyright and trademark. Copyright is the legal regime that governs software which means you can copyright software code under a license such as GPL. You can also copyright it under a different license because as the copyright holder you decide which license to use.Trademark, on the other hand, is a legal regime that governs the use of names, logos, and images. This means that you can trademark a name or your logo. However, that trademark is totally independent of the copyright license of the software.In WordPress terms, this means that you can trademark the name or the logo of your new WordPress theme or a plugin. But, the theme or plugin code itself will be licensed under the GPL so others can use it and modify it as they want; provided they comply with the terms the GPL license. On top of that, your end users would also be subject to your trademark’s usage policy which allows you to tell people whether or not they're allowed to use your trademark in any context.

Am I allowed to Whitelabel GPL and Non-GPL Products?

Lastly, the whitelabel issue comes back to the difference between a trademark and a copyright. White labeling has nothing to do with the GPL because you're working in the area of trademark.If you want to white label WordPress itself, a theme or a plugin, you have to make sure that you are compliant with the trademark usage policy. Since GPL is not a trademark license, it doesn't say anything about whitelabeling rights.

What is GPL – Interview With Danny Haidar

Below, you’ll find a video interview with Danny Haidar from the Software Freedom Law Foundation. In the video, Danny gives us the full scoop on GPL and offers even more details about what all it involves and what can you do with software that’s licensed under GPL.

If you need more information about GPL or need help with GPL licensing, check out the Software Freedom Law Foundation’ website, email them at [email protected] or tweet them any questions you might have about GPL or if you need legal help.

I have tons of great free content and giveaways! Join 10,000+ others and get access to coupons, freebies, and other great wordpress tips and tricksfor your wordpress website! 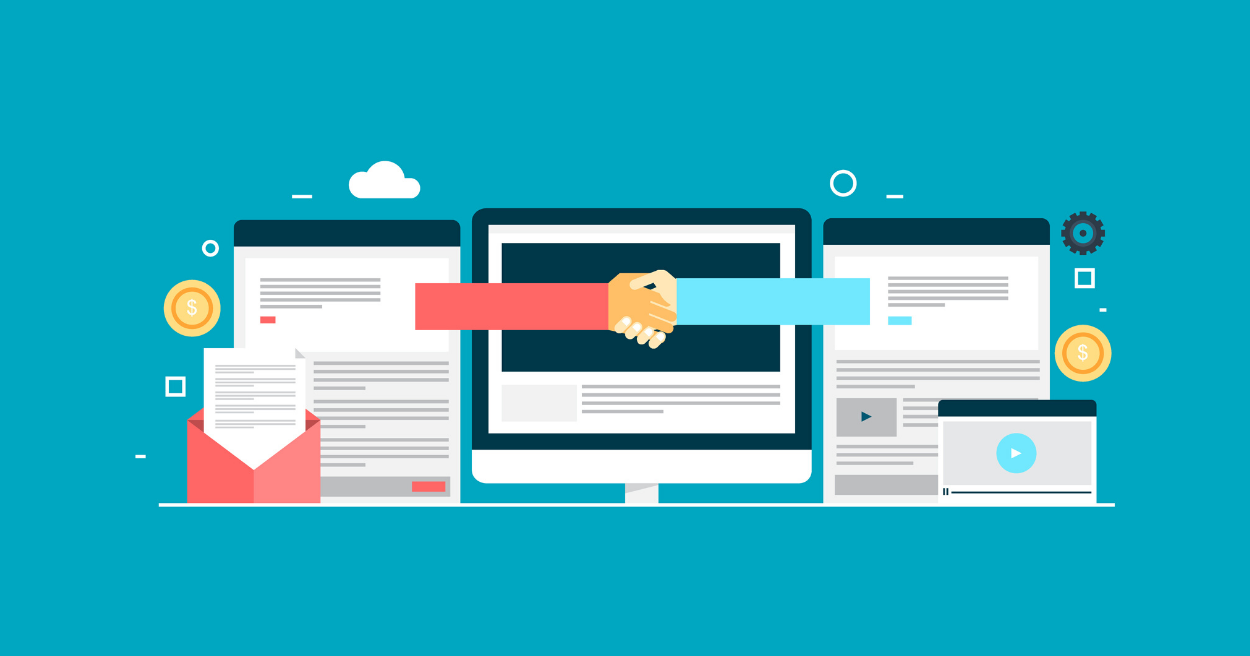 How to Make an Affiliate Website (That Makes Money) 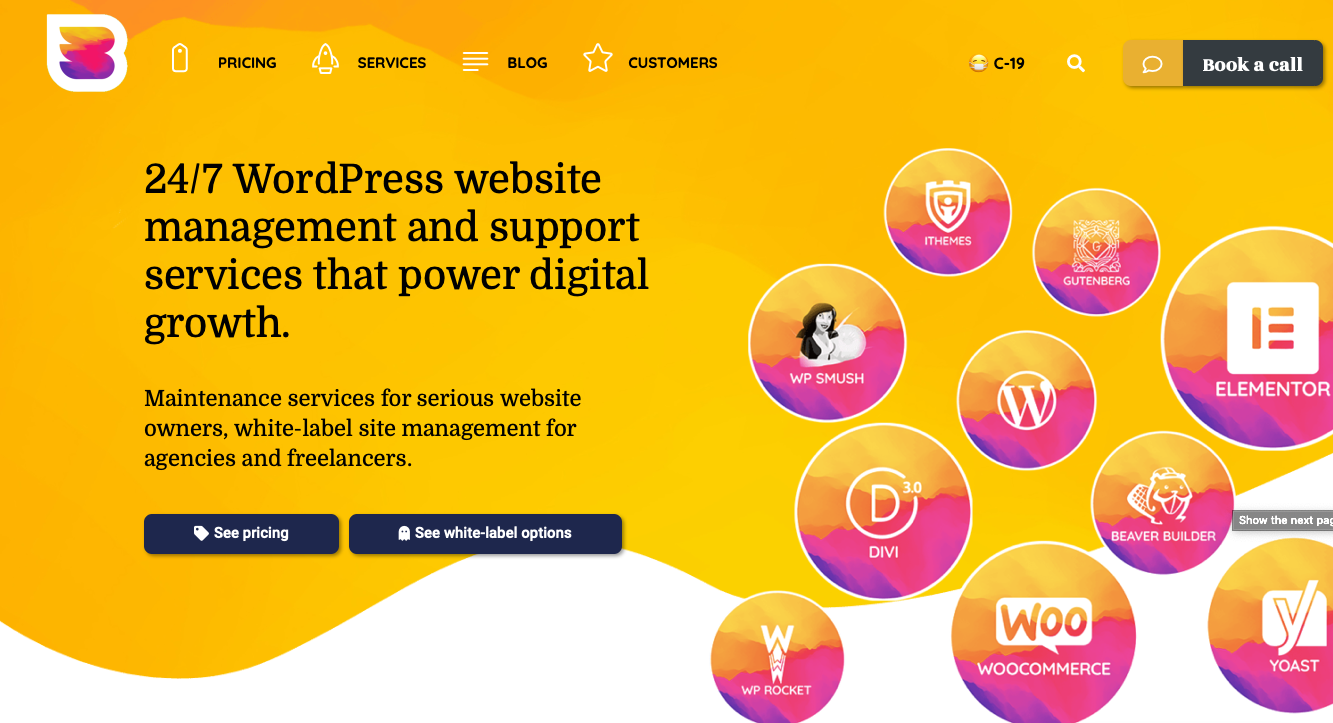 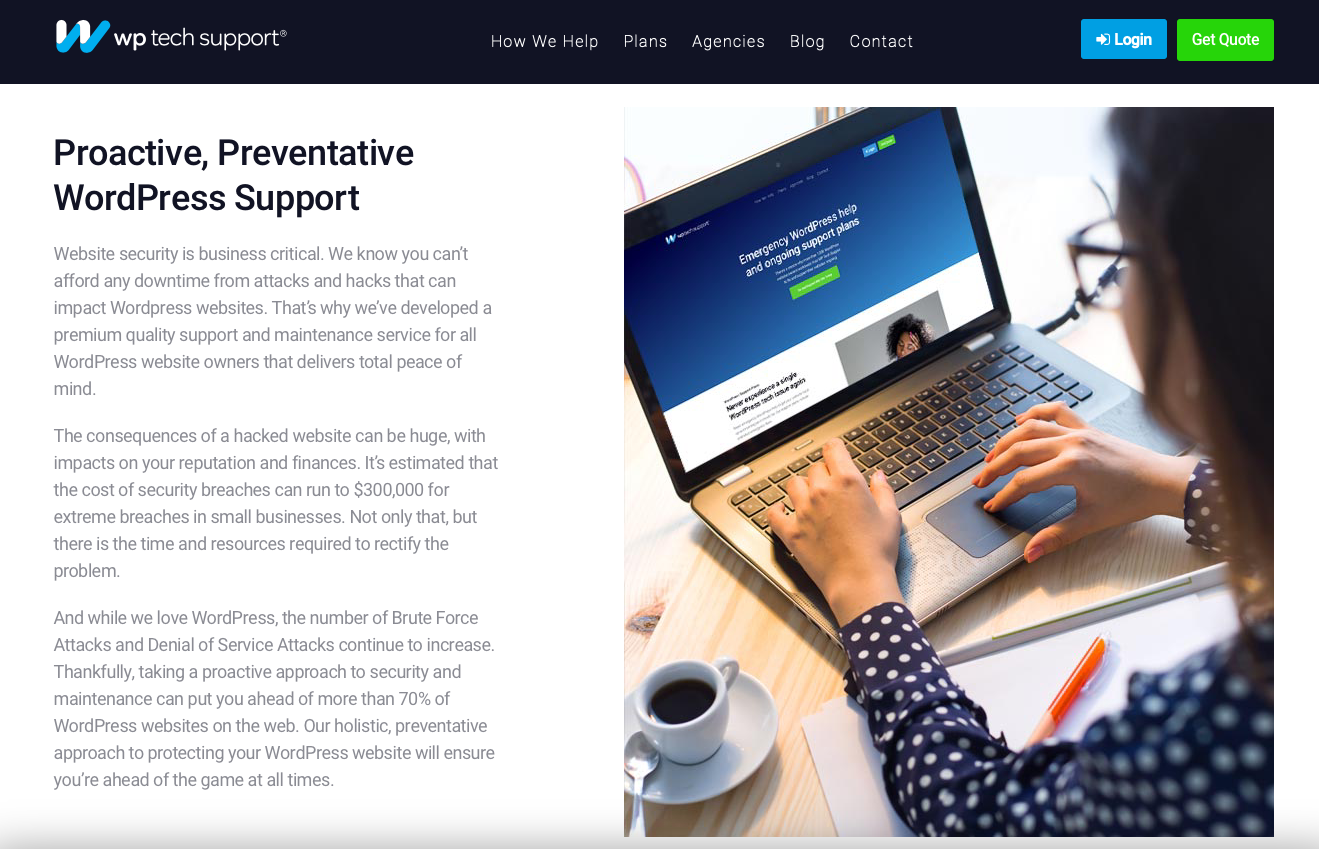 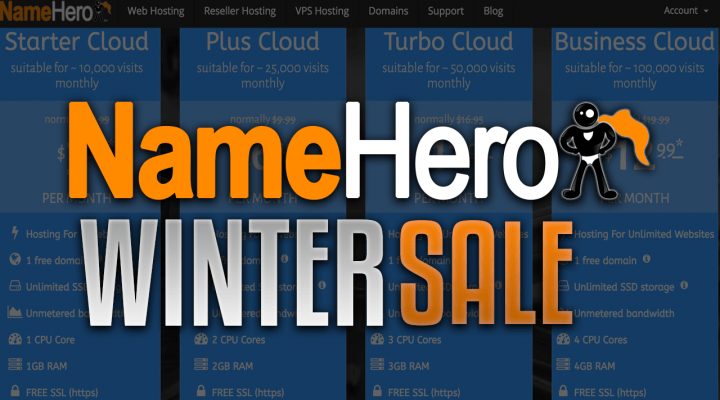 Namehero has given me an exclusive 70% off discount for my visitors. This discount is ONLY available here and YOU WILL NOT find it anywhere else! 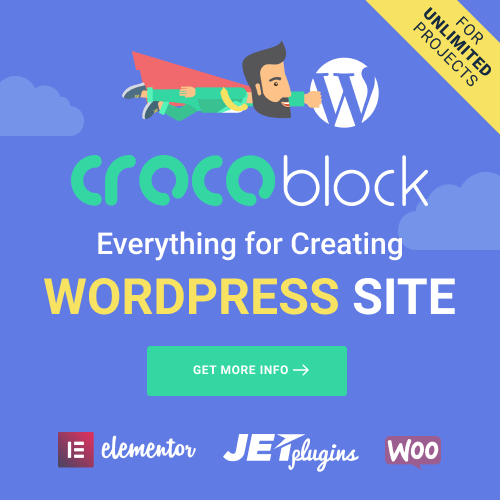 Everything for Creating WORDPRESS Site! 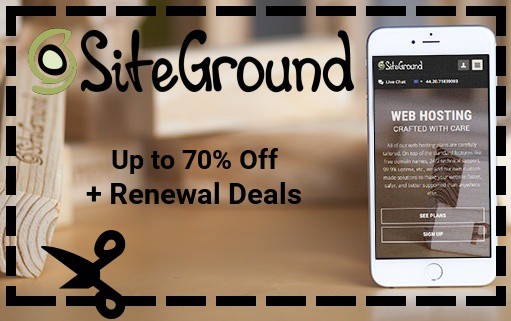 Join For Freebies And News

The Official Recommended Hosting For Wordpress.

The goal of this website is to provide tips for wordpress, helpful tutorials, tricks, and wordpress news such as new page builders, trends, or anything useless to help the wordpress community

Are you planning to create a WordPress website? Designing a website at times could be intimidating when you lack the relevant skills and knowledge. But not to worry as you are not alone. We have helped thousands of people planning for WordPress websites and we deliver a step-by-step guide on how to make a WordPress website without even learning the codes. We provide updated information on website tutorials, themes, plugins, page builders and everything regarding WordPress.

Learn How to make an eCommerce Website with WordPress

Watch Ease to Use Elementor Tutorial for WordPress

Elementor is one of the best WordPress plugins for page building. Elementor is not only easy to use and but it is also available in free version. To make best use of this plugin in the site, you need to be conversant with certain themes. We help in uploading the elementor page builder plugin to your WordPress website through helpful plugin tutorials and theme installation. 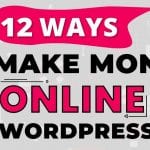 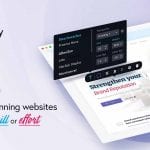 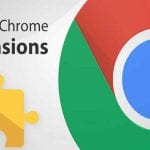